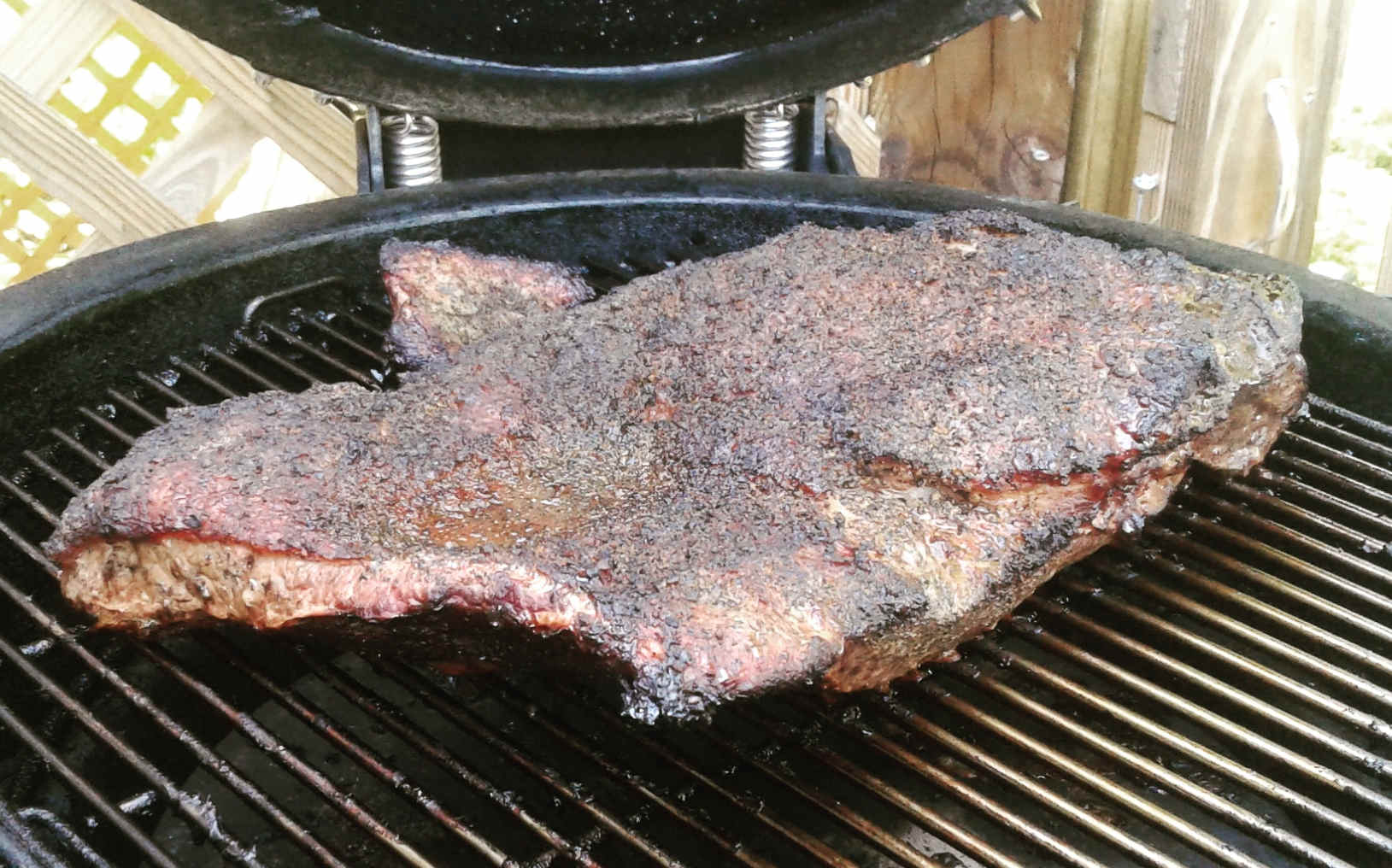 If you are new to smoking barbecue, eventually you are going to try one of the most delicious and tender cuts ever to go on a smoker, the brisket. This can be a pricier piece of meat so of course caution is always on a person’s mind to do it right, especially since it can also be one of the longest investments of time. For whatever reason this question is brought up almost every day.

Brisket, fat side up or fat side down?

The short answer:
Fat Side Up

When trimming this cut, you will find a cap that runs almost the entire length of one side. After sculpting the piece of meat, most people opt to keep a healthy portion of fat for additional flavor. Considering it is an overall very flat cut of meat, anyone new to smoking barbecue looks at this piece and has to question themselves as to whether it is better to cook it facing up or down.

Let’s Ask Those That Barbecue

You are going to run into a lot of opinions online. Blogs, forums, videos, etc. I myself gain a lot of insight from a readily available online community. I find the Facebook Groups to be more welcoming and quick to respond than any other place you will find. Now mind you, this topic draws a lot of laughter because it is asked so often. But I decided to put together a very direct post to get quality feedback and utilized a poll as well.

So what did thee BBQ members have to say?

“Fat side up bastes the meat while it cooks. Cook ham in the oven the same way”

“Fat side down to protect the meat from the heat, allow for more bark on the rest of the meat and because fat doesn’t render back into the meat like everyone thinks.”

“I learned the Franklin bbq way which is fat up, so it renders on top of the meat as it’s smoked.”

As you can see, we got a mixed bag of answers. Apparently, it can also make a difference on what kind of smoker you are using as well.

“All depends on where your fire comes from. Fat towards fire”

“it all depends on the cooker. Since I use a drum with the flame directly under the meat, fat side down. If I’m using a side firebox, reverse flow or cabinet smoker, then fat side up.”

I thought using the poll results to assist in making the decision would be useful as well. This is feedback from 5 Facebook groups of different sizes. Some are more easy going, others very serious. We had some additional “other” answers including: Depends, Towards the Heat Source, Fat to the Fire and others. By a clear majority, the members voted Fat Side Up.

I have chosen not to include category: other just to get a clear analysis. It was nearly 72% voted Fat Side Up

So What is the Answer?

From my experience and feedback from everyone over the years, you weigh two options. Lots of people say that if you have a heat source directly on the meat, it would be wise to keep the fat in between the heat and the muscle. So in a porcelain style, the heat comes from below, so Fat Side Down. My opinion is, even though many say the fat does not render, I find that it does impart flavor as the juices flow down. I prefer Fat Side Up because of this.

The best way to find out is trying both ways on different occasions. You will get a lot of opinions but ultimately you will learn on your own and have a barbecue style that is ultimately yours.